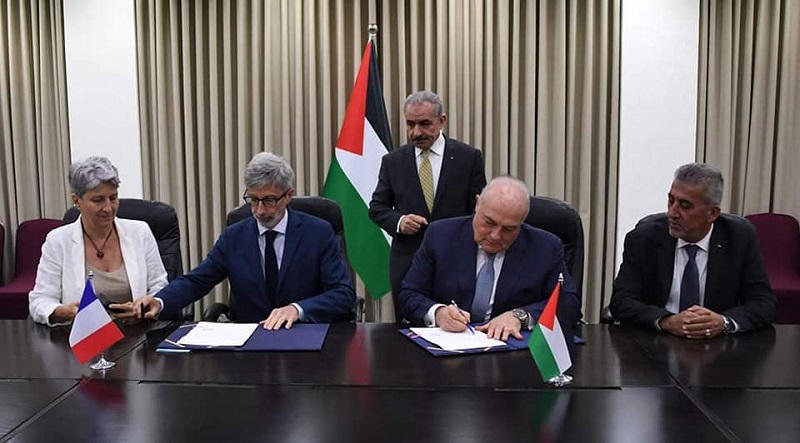 The agreements come in line with a memorandum of understanding already signed by the Palestinian government with international donors to enlist support for MDLF.The first agreement was signed by the Minister of Finance Choukri Bechara, the Minister of Local Government Mr. Magdi Al Saleh, the CEO of MDLF, and the World Bank represented by Nathan Shankar, Director and Resident Representative of WB in the West Bank and Gaza Strip and the General Manager of MDLF. 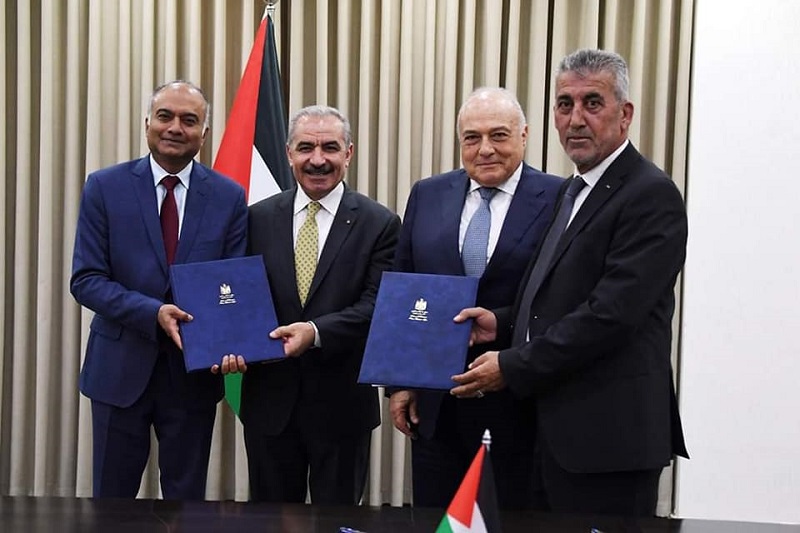 In accordance with the agreement, 10 million dollars were allocated for additional funding to improve emergency municipal services in the Gaza Strip and $ 5 million from the Multi-Donor Trust Fund for Partnership for Infrastructure Development and Municipal Capacity Development in the West Bank and Gaza Strip.

The second agreement of 10 million euros, was signed by Minister Bechara from the Palestinian side, the French Consul Pierre Kochard and Director of AFD in Palestine Catherine Bounaud from the French side.

Prime Minister Dr. Ishtaye said: “We are in dire need of this assistance during this exceptional circumstance, which includes the West Bank and the Gaza Strip, in order to complete the capacities building and development of the of Palestinian institutions in the view of building the state, the Palestinian state on the borders of 1967. There is no state in Gaza, and no state without Gaza”. He added: “This grant includes all the Palestinian geography, under the umbrella of the sole legitimacy of President Mahmoud Abbas and the government, in order to provide services to our people in all places where they are and to the fullest.”

For his part, the French consul pointed out that, in line with the priority accorded to the strengthening of Palestinian institutions at the national and local levels, France decided to increase its contribution to MDLF through the last bilateral committee held in Paris last December. Stressing that France continues to adhere to its commitment to the Palestinians and their legitimate rights.

He added that: “Improving infrastructure in line with the priorities set by the Palestinian government and helping local bodies improve their performance through joint programs are key objectives to help the Palestinian community develop”, stressing that the new cycle of the Municipal Development Programme should include a greater focus on climate projects, in recognition of the strong commitment of the Palestinian Government to support the Paris Climate Convention.

In the World Bank speech, Mr. Shankar emphasized “the importance of the grant, especially in light of the economic downturn and the reduction of remittances and aid; as this grant is particularly vital for the Gaza Strip to enable the continuation of municipal services”, assuring the Bank’s commitment to improving living conditions at the local level and maintaining services provided to the Palestinian citizens. He added: “The new grant will contribute to finance various projects including roads, wastewater, solid waste management, solar energy, parks, open space development, etc. We are pleased to join other donors in improving the services provided to the Palestinian citizen in Gaza”.

It is worth noting that the Municipal Development Program, a pilot program for reform and development, was designed by the MDLF on behalf of, and under the guidance of the Palestinian Government. The program is based on the premise that the cornerstone of the development of municipal services is better governance and better accountability. The third phase of the program is funded by the Palestinian government, the FDA, the Danish government, the World Bank, the German cooperation (German Development Bank and German Technical Support Agency), the Swiss Agency for Development, the Federation of Dutch Municipalities and the European Union, with a total value of 130 million euros.